Law for Life / Self help and legal capability

Self help and legal capability

A person’s ability to deal with law-related problems varies greatly, depending on their own capability and the complexity of the problem.

Some people can deal with straightforward problems themselves, particularly in the early stages, if they are given guidance and support.

Crucially, people need to be able to recognise when they are out of their depth and when to get expert help. Unfortunately, others find that they can’t afford to get help and representation and so have to deal with things themselves.

PLE can help support people in these situations by offering and encouraging knowledge gathering and sharing, and building their skills and confidence so they can manage a situation more effectively. 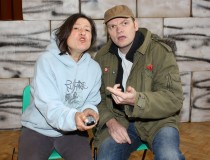 Self help and legal capability

A person’s ability to deal with law-related problems varies greatly, depending on their own capability and the complexity of the problem.

Some people can deal with straightforward problems themselves, particularly in the early stages, if they are given guidance and support.

The Financial Services Authority (FSA) funds ‘Young People and Money’ – a free training programme and website for young people who are not in education, employment or training. The programme aims to empower young people by improving financial awareness and capability.

A new website ‘What about Money’ was launched by the FSA in 2009 to provide advice directly to 16 to 24 year olds on money issues. The site includes life stage guides to help identify and get to grips with issues faced at different times of life.

A pioneering way of engaging marginalised young people has been developed by Theatre ADAD who use interactive drama to tackle difficult issues such as drugs, gangs and the consequences of offending. Working in partnership with Plenet a new drama, ‘Flat Broke’ was created in 2010 to address the problems young people face when trying to access housing.

Independent Academic Research Studies (IARS) is a youth-led social policy think-tank set up in 2001 to empower young people to influence policy and practices and to democratically engage in society as equal citizens. IARS works principally with marginalised young people, many of whom are disempowered because they don’t have the knowledge or capability to challenge processes and decisions.

The focus of IARS work reflects the passions, concerns and interests of young people.

‘You’ve got the Right’: Children’s Rights Alliance for England

In April 2010 CRAE launched ‘You’ve got the Right’ aimed at empowering disadvantaged children and young people to take action to uphold their rights. Participants are actively engaged in a variety of roles, from project management to helping to deliver training sessions. Subjects include childrens’ rights, human rights, taking action and getting legal advice.

Shelter Scotland’s ground breaking digital inclusion project aimed to bring community engagement and empowerment to the delivery of web-based advice. During this two year project ending early 2009, Shelter worked closely with community based partners to bridge the digital divide. A new portal to their ‘Get Advice’ website, called ‘Housing advice for everyone’ encourages web novices to use the site and make use of the information.

United Maidens is a self help group where women share their experiences of financial difficulties and discuss ways in which they can better manage their money. Guest speakers are invited to answer questions. An example of active community engagement and empowerment.

In July 2009, a new website and national initiative Self-Help-Housing was launched. It shows how, with the right knowledge, people working together can legally borrow empty properties from their owners and return them to use. This is a valuable resource providing people with the opportunity to learn practical ‘on the job’ building skills and also […]

The Expert Patients Programme (EPP) is an NHS self-management programme delivered by lay people for anyone living with any long term health condition(s). The aim is to support people to increase their confidence and improve their quality of life.

How to reach the hard to reach – Young Roma

Roma are one of the most vulnerable and marginalised groups in Europe after centuries of discrimination and rejection. The Roma Support Group adopts a holistic approach, considering wider family or community issues as well an individual problem solving. They are concerned with improving quality of life, advancing education, raising awareness of discrimination and overcoming prejudice and isolation. Working with professionals, agencies and the wider public they aim to promote a better understanding of Roma culture.

This is a fascinating article by Theresa Harris, Advicenow Information Manager who attended a Young Roma Awareness Day in July 2009.

This self-help project was a one-year partnership run by ASA’s Advicenow project in 2004. It looked at the effectiveness of internet-based materials and tools as a way of helping to resolve personal legal problems. Materials produced by the project are included on the Advicenow website on their ‘How to?’ pages.

‘Bars in their Eyes’ project

‘Bars in their Eyes’ is an interactive teaching project for prisoners. Student lawyers work with prison resettlement staff to inform prisoners of their legal rights and their legal obligations under the Rehabilitation of Offenders Act in an engaging and entertaining way.