Read the latest news, updates, interviews and opinons from Law for Life.

Guest article: Legal Empowerment as a path towards social justice and inclusion: the work of Nazdeek

An article by Francesca Feruglio, co-founder of Nazdeek.

A great guide to help you step by step with a grievance procedure at work.

How do we teach about the law?

Tara Mulqueen and Tony Thorpe: a reflection on their method of teaching public legal education at Law for Life.

Parental responsibility – what it is and how to get it.

A Law for Life report analysing the findings of the 2010 and 2012 UK Civil and Social Justice Panel Survey.

Law for Life has produced a short report assessing the legal information and training resources available for tenants in the private rented sector.

How to avoid or deal with Benefit Sanctions

Our second free e-learning course aims to help users avoid being unnecessarily sanctioned and to help work out what to do if it does happen.

We are delighted to announce the publication of a free, new training resource focusing on the development of legal capability.

Caught in the web – young people and the internet

In November Dr Catrina Denvir from the UCL Faculty of Law, launched our series of informal networking events with a presentation on her recent PhD research ‘Caught in the web- how young people resolve civil justice problems’.

Meeting the information needs of litigants in person

The report ‘Meeting the information needs of litigants in person’, commissioned by the Civil Justice Council from Law for Life’s Advicenow team has now been published. 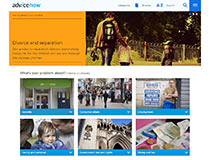 Advicenow is an independent website run by Law for Life. It provides accurate, up-to-date information on rights and the law.

Help for people representing themselves in family proceedings

The Low Commission report was published in January 2014.

Myths and misconceptions about the law abound. People believe they have rights they don’t, but are unaware of the rights and obligations they actually have. The best advice is not to believe everything the man in the pub tells you: go and look it up.

A major report by the Civil Justice Council (CJC) recommends making the justice system fairer and simpler for people going to court without a lawyer.

The Citizenship Foundation is an independent education and participation charity that aims to encourage and enable individuals to engage in democratic society through citizenship education. Since 1989, they have developed invaluable resources and techniques to introduce students to their legal rights and responsibilities. A good example of resources available for teachers is the OCR Citizenship […]

Law Society of Scotland Manifesto for 2011

The Law Society of Scotland published their manifesto in January 2011 ahead of the May 2011 elections. The manifesto represents a focused statement of what the Society sees as some of the key priorities for the next Scottish parliament.

In November 2010, Jures, a legal research company produced ‘Pro Bono: Good enough?: The uneasy relationship between volunteer legal activity and access to justice’. Lisa Wintersteiger from Plenet contributed to the growing debate on the role of pro bono in this significant essay, ‘Going public’.

What do we mean by legal capability?

Empowerment stands at the centre of what we want to achieve with PLE. Our aim is to equip people to deal better with the law related issues that we know they are likely to encounter in the course of the lives. But what does that mean in practice?

Ongoing research to maintain Advice Services Alliance’s Advicenow website has revealed that there is far less information available to the public on immigration and nationality than there was in 2006.

Towards a baseline for legal capability

The IARS report ‘Measuring Young People’s Legal Capability’ highlights the difficulties that many young people face in dealing with law-related problems due to a lack of knowledge of civil law and of the skills needed to deal with law-related issues.